Sony has released PS3 software update v3.55. It is a minor update without any special feature and just to add security patch. I think it was expectable that a new software update would have been released after a video of PS3 v3.50 jailbreak surfaced.

It is recommended not to update your device to this software version if you want to keep your device jailbreaked or if you are planning to jailbreak PS v3.50 with a method that requires downgrading to previous version. 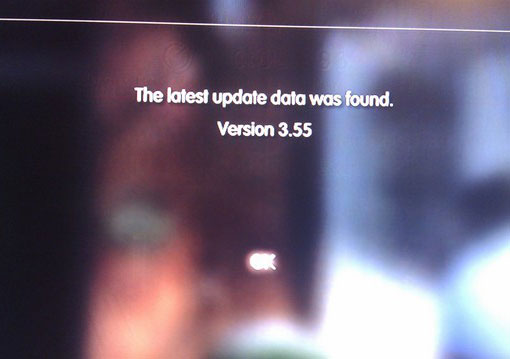 I can confirm 100%, just like “ps3-hacks.com” did, the SERVICE MODE still works using an E3 Card Reader, but the (lv2diag.self file_1) has been revoked by Sony if the system is v3.55, so no DOWNGRADING!, but the second file (lv2diag.self file_2) has NOT, so at least Sony does not want you stuck in FACTORY MODE, and allows the user to return his machine into an ONLINE only beast of a Console, no Jailbreaking or Downgrading for v3.55 consoles! – By GaryOPA.

Though X3 Team has managed to run homebrew applications on official v3.50 without downgrading, but the complete jailbreak method is not revealed yet. I think SONY released this new software update only to patch the hole used by X3 Team. So don’t update if you want to get jailbreak.

Here is the video of jailbreaked PS3 v3.50 in case you missed it.

Stay tuned to this site for more news about PlayStation 3. You can also follow us on Twitter or join us on Facebook to get the latest updates.