Few hour ago we posted about PwnageTool 4.2 but we didn’t think it’s coming so early. iPhone Dev Team has just released PwnageTool 4.2 with iOS 4.2.1 untethered jailbreak on all idevices except iPod Touch 2G.

As expected this version also fixes iBook issue which disables the iBookstore purchases after jailbreaking the device with Greenpoison. 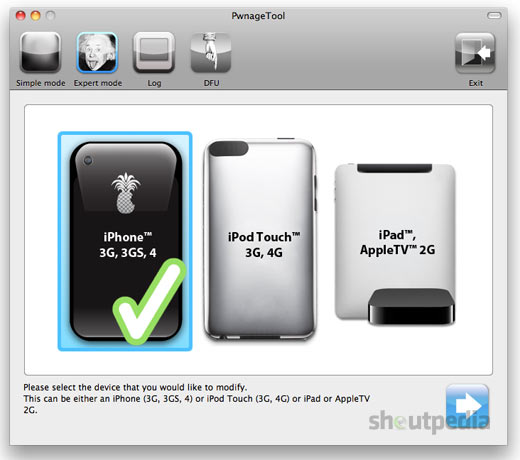 PwnageTool also includes two very recent improvements to the 4.2.1 JB:  iBooks was just fixed by @comex and @pushfix last night so that it works as intended on DRMed books, and the wifi problem on AppleTV 2G was fixed by @nitotv, @DHowett, and @saurik.

PwnageTool 4.2 uses the same “feedface” exploit which is used in Greenpois0n for untethered jailbreak. So if you have already jailbroken your device with Greenpois0n and only want to get a solution to WiFi or iBooks problem, you can wait for Cydia packages which will be available through Cydia Store very soon.

For those who are new to jailbreak, PwnageTool is a Mac-based software, esp for Unlockers, to cook the custom firmware while preserving the baseband.

The guide to jailbreak the device with PwnageTool and then unlock is same as posted here but you don’t need to go through from Step 1 to Step 5 because PwnageTool bundles are already included in this release.