MuscleNerd has finally released the new version of Redsn0w 0.9.12 b1 to jailbreak the A4, A5 and earlier devices running on iOS 5.1.1. This update includes the recently released Rocky Racoon untether developed by Pod2g and Planetbeing. The underlying untether is same which  was first released in Absithe 2.0.

If you have already jailbroken your iOS 5.1.1 device, you don’t need to re-jailbreak with this tool. However, this jailbreak tool brings improvements for A4 devices. For example if you have a lot of media, music, photos and apps, and you don’t want to reset the settings or restore fresh iOS 5.1.1, you can simply put your A4 (iPhone 4, iPad 1, iPhone 3GS) into pwned DFU mode and jailbreak your device. The A5 devices (iPad 2, iPhone 4S and the new iPad) will have to reset before using Redsn0w 0.9.12 b1 on them. 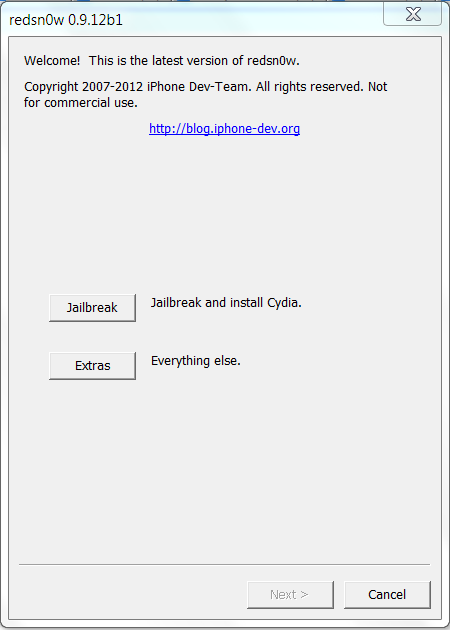 We’ve also added a new redsn0w feature specifically for those who got in on the SAM unlock: you can now include your SAM tickets as part of your initial ramdisk jailbreak of iPhone4 or earlier, or alternatively you can upload your SAM tickets to any device after its been jailbroken.  redsn0w accepts either the individual SAM activation ticket plist file, or the entire zip file created by redsn0w’s “Backup” button.  As usual, redsn0w continues to cover all of its previous jailbreaks and untethers (so redsn0w-0.9.12b1 covers everything from 5.1.1 all the way back to 4.1).