iPhone Dev Team has just released Redsn0w 0.9.6 RC15 which supports untethered jailbreak on iOS 4.3.3. The exploit used in this new version is same that was used in previous versions of Redsnow to jailbreak iOS 4.3.1 and iOS 4.3.2. Redsnow RC15 is compatible with all idevices except iPad 2 and iPhone 4 CDMA. 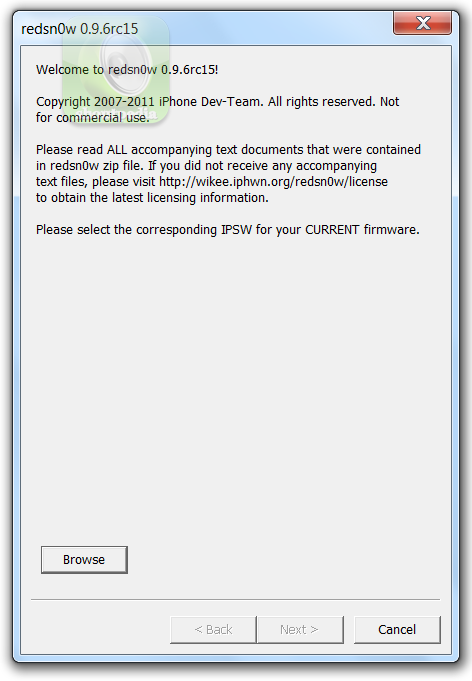 The official release notes are as follows:

… three in a row!  Apple released iOS 4.3.3 on Wednesday, and once again the untethered jailbreak exploit that@i0n1c created for 4.3.1 still works.  That makes it an unprecedented three firmwares where the same userland exploit works.  We’re not exactly sure why Apple hasn’t fixed the hole yet, but we’re not complaining!

Today’s PwnageTool and redsn0w incorporate @i0n1c’s port to 4.3.3 (it’s ironic that such a long-lasting untether doesn’t even have an official name!).  It also of course uses geohot’s limera1n bootrom exploit to inject the jailbreak.  The 4.3.3 untether works on all devices that actually support 4.3.3 except for the iPad2:

Some things to note:

As always, please feel free to ask for help or advice in our comment section, with out friendly moderators Confucious, sherif_hashim, dhlizard, Frank55, and subarurider (and many other very knowledgable commenters too!)

The step by step guide to jailbreak iOS 4.3.3 untethered with Redsnow 0.9.6 RC15 is same as posted in our previous post.