iPhone Dev Team has just released fourth beta of Redsn0w 0.9.7. This beta no longer requires you to install and run the usbmaxd software. Redsn0w 0.9.7b4 brings the embedded usbmuxd, esp for those Mac users who couldn’t ge the python script running.

There are no improvements for iPhone in this release. The issues related to Skype and Bluetooth are still present. 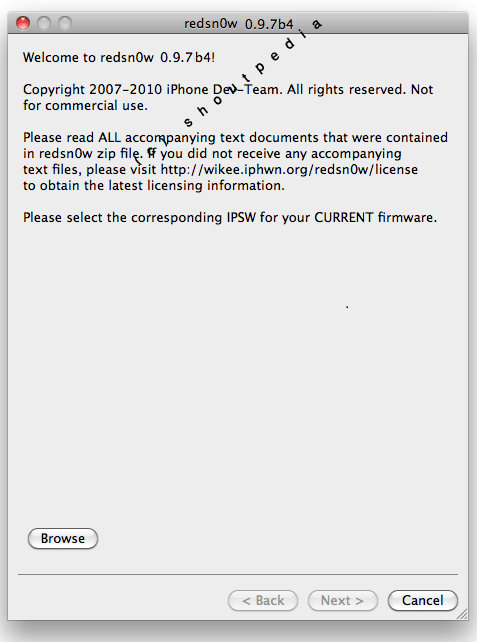 Here is the official update from iPhone Dev Team’s blog:

The fourth beta is now available (testers ONLY please!). Starting with this version, redsn0w no longer requires you to install and run a separate program for the usbmux (this was a non-trivial procedure for many).   It’s okay to keep that program running if you normally use it for ssh anyway.  We also think we’ve fixed a race condition in the GUI that was causing redsn0w to crash during the “Preparing JB Monte Files” step. Nothing at all has changed on the iPhone side (where the main issues are still just Bluetooth and Skype).

To get the untethered jailbreak on your iDevice, follow the steps mentioned here while skipping the Step 4.