Redsn0w 0.9.8 Beta 2 has just been made available for download by iPhone Dev Team. This updated version fixes App Store issue on all those idevices which are running on iOS 5 beta 3 and jailbroken using previous beta release of Redsn0w. 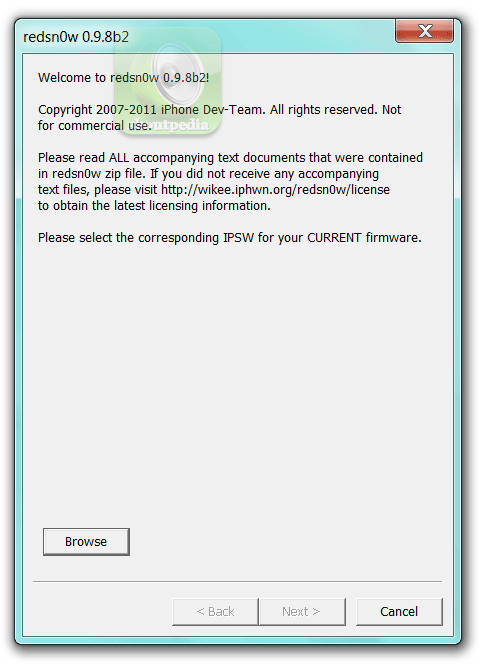 If you have already jailbroken your idevice after updating it to iOS 5 beta 3, you don’t need to restore fresh iOS 5 beta 3 on it. Simply re-run this latest version of Redsn0w on it and boot it tethered.

However if you didn’t jailbreak your idevice yet but have updated it to iOS 5 beta 3, you can simply follow the step by step guide jailbreak guide but point Redsn0w to iOS 5 beta 1 when you are prompted to browse for .iPSW file.

It is to be noted that current Redsn0w or any other jailbreak tool like Sn0wbreeze provides tethered jailbreak on all iOS 5 beta releases. The untethered jailbreak for iOS 5 will be developed/released after Apple pushes the public and stable iOS 5 version. In tethered jailbreak you have to connect your device with PC on every reboot to get successful jailbroken state on your iDevice.

As you know Apple released iOS 5 beta 3 along with iTunes 10.5 beta 3 for iPhone 4, iPad 1, 2, iPod Touch 3G and 4G and iPhone 3GS earlier today. In beta 3 release many bugs are fixed and performance is enhanced. You will see a clear difference after installing this new update on your iPhone. Battery time is improved and heat issue is also fixed in this release. The complete iOS 5 beta 3 changelog can be found here.