Yesterday was a big day for Apple fan boys when they saw Tim Cooking announcing iPhone 5 along with 4 other products, namely iPod Nano, iTunes 11, EarPods and iPod Touch. We were also told at the event that the next big iOS 6 version for iPhone, iPod Touch and iPad was coming on September 19 for general users, whereas iOS 6 GM version for developers was released shortly after the media event ended.

The main purpose of iOS 6 GM build is to provide the developers a chance to update their apps so that they are compatible with the final release. The GM build also allows the Apple engineers to fix the bugs and any deficiencies reported by the developers before the public build goes live.

On the other hand jailbreak community has also updated its popular Redsn0w tool which will allow the Cydia app developers to check their apps’ compatibility against iOS 6. The resulted jailbreak using Redsn0w 0.9.13dev4 is tethered and compatible only with iPhone 4, iPhone 3GS and iPod touch 4. The other popular features like hacktivation, time-bomb removal and untethered iOS 6 jailbreak support is missing in the update. 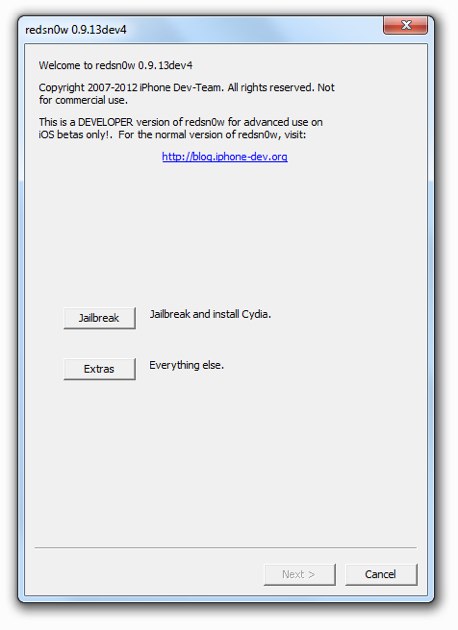 Redsn0w dev4 uses Geohot’s famous limera1n exploit to inject the jailbreak code, that’s why it can’t jailbreak iPhone 5, iPad 2 and the new iPad. The jailbreak guide is same as we have mentioned in our previous post. The only difference is that at Step 3 of this guide, point Redn0w to iOS 6 GM build instead of any beta release.