You have jailbroken your iPhone using Electra but now, due to any reason, want to remove it completely without restoring it to fresh and new iOS, here is a simple solution to this problem by using a jailbreak tweak called Rollectra.

The pwn20wnd team has released an updated version of its SemiRestore11 tool to support the latest Electra jailbreak on iOS 11.3 and beyond. 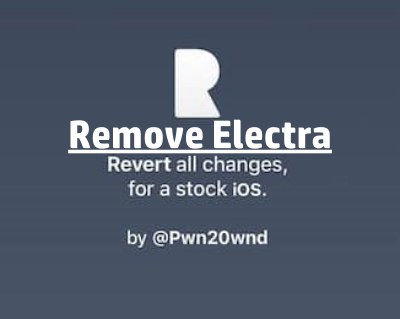 This new tool is also called as Rollectra because it removes Electra and rolls back the system files to the previous state, the state when the Electra was yet not applied to the device.

Note: The very first jailbreak restore tool was created by Jay Freeman and it was named as Cydia Impactor. Later, it as rebranded as Cydia Eraser.

It uses Apple’s new APFS file system. The working methodology is very simple and straightforward. When we use the Electra jailbreak, it creates an APFS snapshot at the beginning of the process. Later, Rollectra uses this snapshot and mobile_obliterator function to roll your iPhone back to the stock state.

It works on all supported iPhone models including the latest ones iPhone 8 and iPhone X. 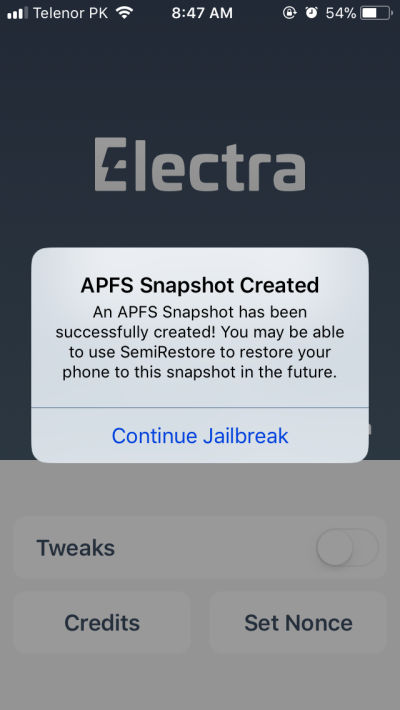 How to Use Rollectra to Remove Electra Without Needing to Restore

Step 1: First of all, make a backup of your iPhone using iTunes or iCloud. This step is very important because it would end up deleting your personal data as well.

Step 2: Fire up Cydia store and search for Rollectra / SemiRestore.

There are two versions of SemiRestore available in the store. One is a lite version which works with iOS 11.1.X and below. Another version is fully updated Rollectra which is compatible with iOS 11.3 and above. 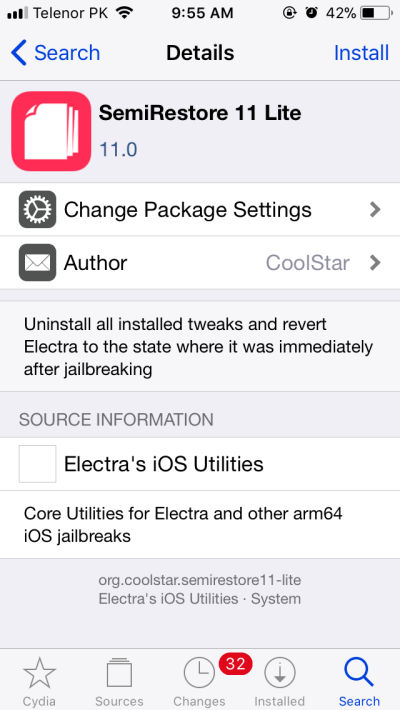 The difference between these two versions is that the first one removes only Cydia tweaks and apps but doesn’t remove the whole jailbreak. The second one is capable to remove every bit of jailbreak code and returns to the state as if your device was never jailbroken.

Step 3: In case you don’t find it in the Cydia, add Packix repository.

You can also create your own repo and host your packages there. Here are the details.

Step 4: Once installed, open Rollectra and tap the single “Unjailbreak” button to revert all changes and to go back to the original iOS firmware.

This tool is very useful in a number of situations like:

After using this utility, connect your iPhone with the iTunes and restore all personal data back to your device.

Apart from it, there is also another tool called Cydia Eraser, which is released by Cydia founder Jay Freeman. But the users have reported that Rollectra is better and faster in handling the un-jailbreaking process.

We, at Shoutpedia, also recommend Rollectra if you used Electra to jailbreak your iOS 11.3.X iPhone.