If many WiFi routers are working around you and your device can connect to all or some of them then there are situations in which you want your iPhone to be connected to a specific WiFi network and ignore the others. One way is to go to Settings app and check the current connected WiFi. If it is not getting signals from the desired router, you have to select the specific SSID (service set identifier) manually and forget the other ones.

This job, opening the Settings app and checking which network my iPhone is connected to, sometimes, becomes irritating especially when you don’t want to put all the available networks to “Forget Network” list except the one. A solution is available which cuts short this process to only one look. There is a small tiny program, a cydia tweak, which replaces the carrier name with the WiFi network name in the iPhone status bar so that you can quickly see from where you are getting the WiFi signals. This tweak is available for jailbroken devices only, though. 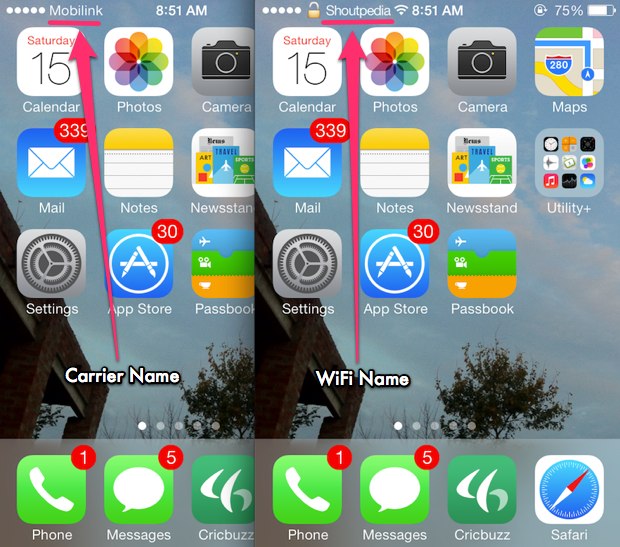 The carrier name shown in the status bar is not important in most cases as you already know of which carrier company you are using the SIM. So, it is more important to show something useful in the status bar than the un-useful ones. This replacement will show only when your WiFi radio is turned on. If it is toggled off, you’ll see the normal Carrier name.

There is one more feature of this tweak and that is it lets you see the IP address which your iPhone is getting from the router. If you give one tap to the Network name in the status bar, it will show the IP address. 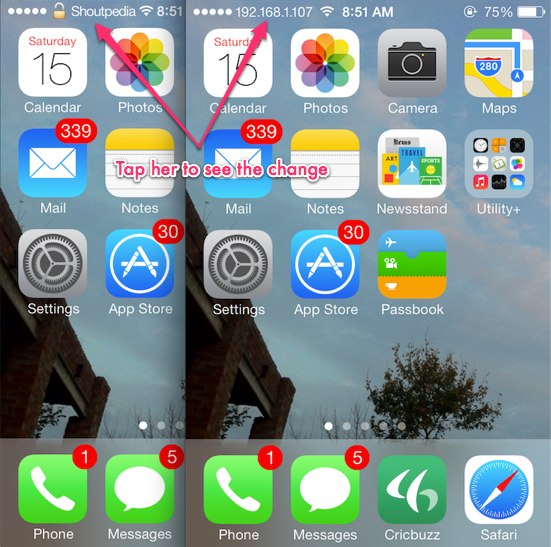 As you are told that this cydia tweak, called WiCarrier, is available only for jailbroken devices. If your iPhone is not jailbroken, you can jailbreak it by using the latest evasi0n7 version. After the jailbreak, fire up Cydia store and search for WiCarrier.

Update: Now the jailbreak up to iOS 9 ( iOS 9.3.3) is available. If you are not sure whether you can jailbreak your iPhone or not, you can check our main topic “How to Jailbreak iPhone“. 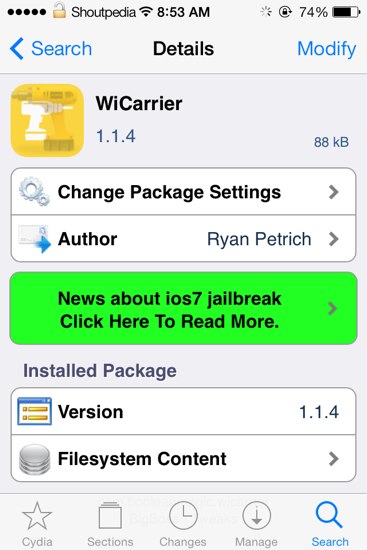 WiCarrier is available free of cost under BigBoss repo. After it has been installed on your device, the device will respring. Now if the WiFi toggle is on ON position, you’ll see the network name in the status bar instead of carrier name.

It is a small little tweak but it is really useful if you have access to more than one router. It is one of the top cydia tweaks I install on my iPhone after I jailbreak it. If you have access to router’s admin page, you can even change the SSID according to your choice. In my case I have set “Shoutpedia” as the network name.