The Samsung Galaxy S II, which was released few months ago, has rocked the Android smartphone market. And it has been at the top in the smartphone market, also beating the longstanding iPhone 4. 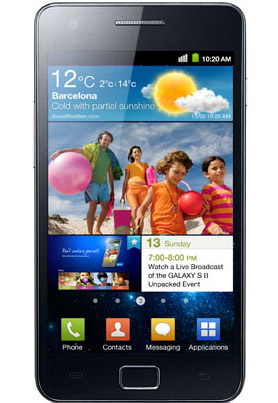 Take a look at the smartphone market sales till now, 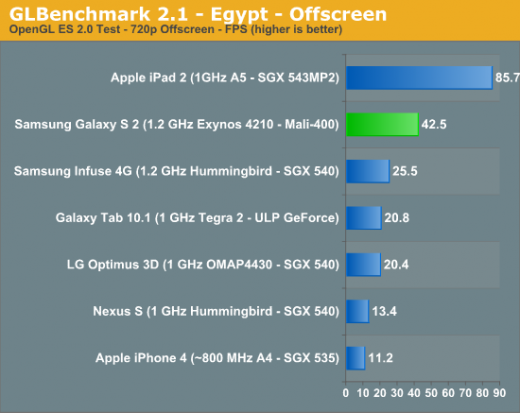 So the sales of the Samsung GS II have been the strongest after the iPad 2. Even the Apple’s iPhone 4 is having only 11.2% sales, and compared to the sale of Samsung GSII which has 42.5%, it seems quite small, almost 1/4.

This Samsung Galaxy S II has the fastest processor yet available in the industry, and is 4 times faster than iPhone 4’s processor.

Samsung implemented a 4-core version of the Mali-400 in the 4210 and its resulting performance is staggering as you can see above. Although it’s still not as fast as the PowerVR SGX 543MP2 found in the iPad 2, it’s anywhere from 1.7 – 4x faster than anything that’s shipping in a smartphone today.

Now, the only big question is that, would the Samsung GS II able to survive in the market when the Apple’s next product, the iPhone 5 is out?