It seems Samsuung will not give up, and it shouldn’t, in the Apple-Samsung war. Just a few days ago, it asked for a ban on Apple’s 3G products in the Netherland, and just yesterday it eceived support from Verizon. 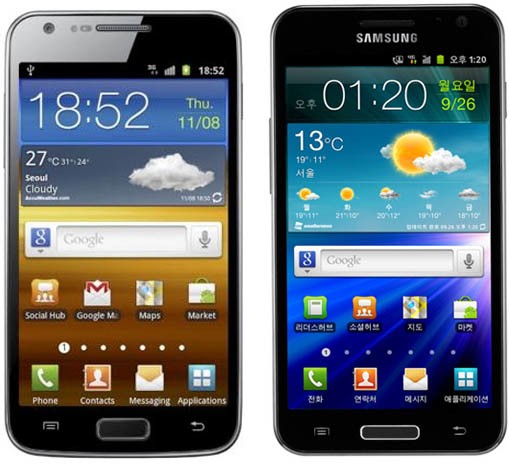 So now, two new Samsung Phones coming to the Korean smartphone market. Samsung S II LTE HD will be the first member of S series to have HD display.  The new HD device, pictured on the right, features a 4.65-inch Super AMOLED HD screen with about 316 pixels per inch, so a full 1280 x 720 resolution.

As far as specifications are concerned, it is almost the same to the GS II LTE one, having

The price of this device is not yet disclosed but, will be disclosed soon.

So, great news for the Korean people, as the Samsung GS II LTE HD is a great smartphone. Faster, even than the iPhone 4. (via engadget)