Samsung – the South Korean gadget developing company was sued by Apple for infringing some patents just a few weeks ago. After being found guilty, Samsung’s Galaxy Tab 10.1 was officially banned in Germany. The same thing happened to its GalTab 7.7 in Britain at IFA when they were pulled off the shelves. Although Samsung’s Galaxy SII is on top of the smartphone market, but still its shares in market are bound to drop a lot after the arrival of Apple’s iPhone 5 (which is scheduled for October). 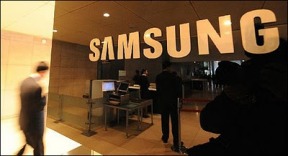 But it looks like, the South Korean gadget producer has some things in its bag too. According to an unnamed senior executive of Samsung, they are just waiting for the iPhone 5 to come in the market. Then, they would take their revenge by suing Apple for violating Samsung’s wireless technology related patents.

Take a look at this report by Korea Times

Just after the arrival of the iPhone 5 here, Samsung plans to take Apple to court here [in Korea] for its violation of Samsung’s wireless technology related patents.

For as long as Apple does not drop mobile telecommunications functions, it would be impossible for it to sell its i-branded products without using our patents. We will stick to a strong stance against Apple during the lingering legal fights.

Now, this is trouble, Apple will have to downgrade to iPod territory to avoid litigation by Samsung.

Another senior executive who wished to remain unnamed said that

We are taking different tactics since we are quite confident. If Samsung wins in Germany that will give us a big breakthrough and so will other envisioned efforts against such products as the iPhone 5.

It looks like the company constantly receiving lawsuits for the past months, is planning for a full response. Apple should really tread carefully for sometime now. (via TechCrunch)