Finally Microsoft is unveiling Windows 8 OS at Build Conference in Anaheim. Redmond is releasing Windows 8 Developer Preview at the conference and answering a lot of questions. Apart from Windows 8 OS, Samsung tablet running on Windows 8 was also given to attendees for testing the new OS. 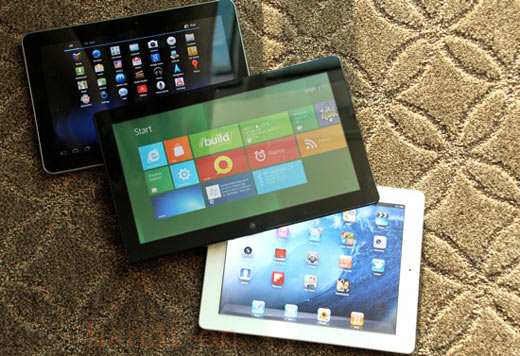 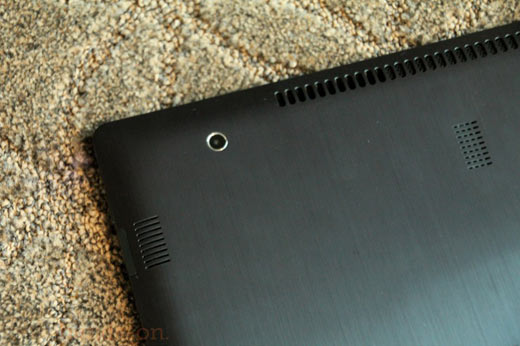 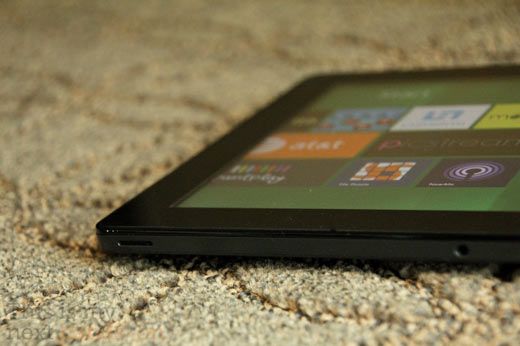 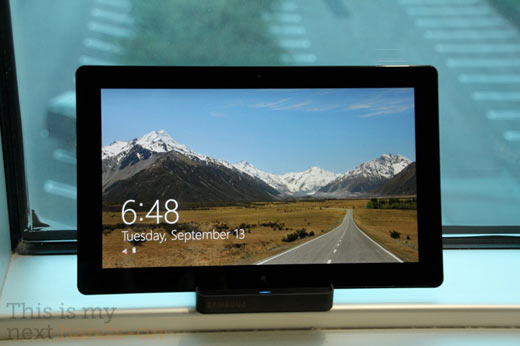 Joanna Stern previewed the tablet in details in her post at thisismynext. According to Joanna, Samsung Windows 8 tablet was an Intel Core i5-powered tablet. It starts with a lock screen/welcome screen, with Metro-inspired text element. The lock screen shows you date, time, WiFi signal strength, battery time and notifications. 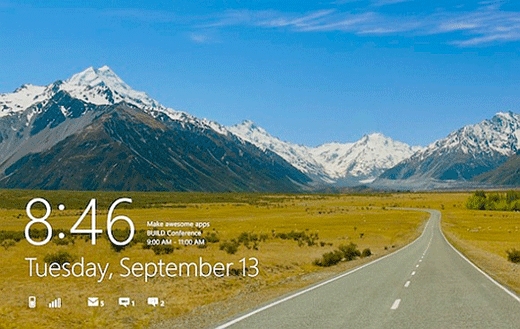 Though Microsoft showed Contacts, Calendar, eMail and a fancy PDF reader on the stage but none of them was installed on the tablet. It contained only Internet Explorer 10, RSS reader, stocks, weather and third-party twitter and Facebook clients.

While we got a look at the OS running on a few laptops and all-in-ones during the press preview meeting, we’ve spent most of the time testing the OS on the prototype tablet. Powered by a 1.6GHz Core i5-2467M processor and a 64GB solid state drive, the system is absolutely no slouch on performance — everything from scrolling in the browser to the Start screen is extremely speedy and the system boots incredibly quickly. However, fan noise is very noticeable, as is the heat coming out of the top vent, and a fast boot doesn’t excuse the slow wake-up times compared to ARM-based cellphones and tablets. 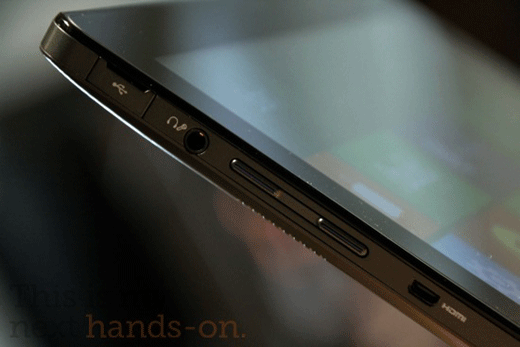 You can read the full article at thisismynext site and watch the video of Samsung tablet running on Windows 8 embedded below.