A windows version of SeasonPass has just been released by Firecore group. This version can jailbreak the recently released iOS 4.3 (iOS 4.2) on Apple TV 2G.

It is to remind you that Seas0nPastool is developed specifically to jailbreak Apple TV 2G devices and it will not work for other idevices running on iOS operating system.

Currently the jailbreak by Seas0nPass is tethered for iOS 4.3 meaning you have to connect your ATV with PC to get jailbroken state on it. The process to jailbreak Apple TV2 is similar to Seas0nPass Mac version.

Here is the step by step guide to jailbreak Apple TV2 on iOS 4.3 tethered. 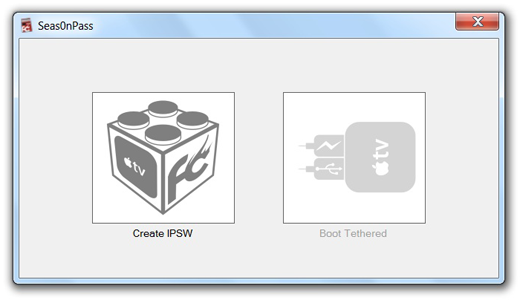 Step3: SeasonPass will automatically download the required iOS 4.3 firmware for your ATV2. 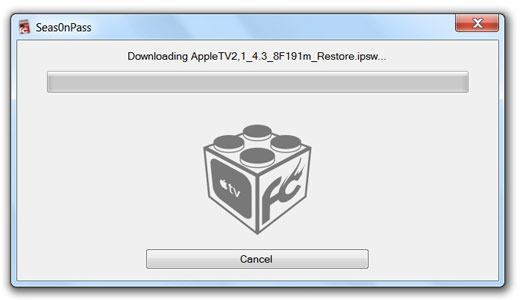 You will have tethered jailbroken device after the restore process completes. Now use the  “Boot Tethered” option to boot your device in jailbroken condition. After reboot remove micro-USB cable and connect the HDMI cable and start installing other apps.

As mentioned in the previous blog post Apple released a new 4.2 (iOS 4.3) software update for the AppleTV last Wednesday (3/9). While Seas0nPass and aTV Flash (black) are compatible with this new version, some 3rd party plugins such as XBMC and Plex are not fully working yet. If you rely on either of these plugins we recommend sticking with your current version until compatible updates are available.

If you haven’t done so already, the AppleTV auto-update feature can be disabled through the Maintenance –> Settings menu.