Sn0wbreeze v2.9 supports only iOS 5.0.1. The users who are still having devices running on iOS 5.0 or below can now safely update their devices to the latest firmware build. However, those users who rely on unlock have to install a custom iOS 5.0.1 firmware on their devices after preserving the baseband. And this is what sn0wbreeze does, i.e., preservers the baseband, in addition to jailbreaking the firmware. 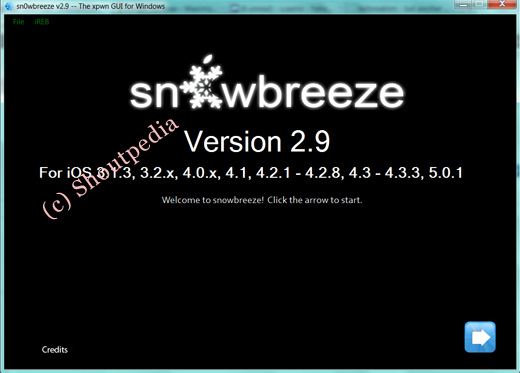 Besides the basic functions Sn0wbreeze 2.9 allows us to remove the OTA base from Settings.app. This new version also brings UI improvements.

The overall jailbreak process and the method for cooking custom iOS firmware with Sn0wbreeze is very simple and self-explanatory. But in case you feel any difficulty, you can either contact me through Facebook fanpage or send me tweet. The detailed step by step methods are already available on this site. Simply use the search option present on the left side of this site.