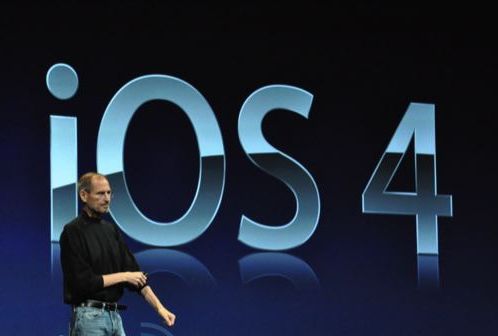 Here we are sharing Steve Jobs’ keynotes announced at WWDC 2010. First of all Steve shared some statistics about iPad. According to Steve one iPad is being sold after every 3 seconds. Wow! These updates are from live streaming event, so these are not in the form of post.

— A PDF viewer is coming for iPad. For this purpose an update for iPad is coming later this month.

— Currently iPad supports two platforms: one is HTML5 which is open source and anyone can write apps in this languages, and the other is App Store. According to Steve about 15,000 apps are being submitted every week and about 95% of these 15K are being approved per week.

— Netflix is already available for iPad users, but it is also coming for iPhone this summer and it will be totally free. Great Steve!

— Two new games for iPhod have been announced. One is the most popular FarmVille and another is Guitar Hero.

— There are more than 100 features in this model.

— The other features are volume controls, front facing camera, micro SIM tray, camera and flash at the back.

— The pixel density in new iPhone has been increased, about 4 times. And the new display is named Retina Display.

— Gyroscope has also been added in iPhone 4 and it will make the phone perfect for gaming.

— You can also record HD videos. The flash light will remain ON in video mode.

— iMovies app has been introduced in this new iPhone 4 for editing videos and images. iMovie will not be free and you can buy it for $4.99.

— The name of operating system on which the iPhone 4 is running has been changed. It’s new name is iOS 4.

— Multitasking is finally there in new iOS 4.

— Folders have also been introduced first time in this iphone version.

— The three giant search engines, Google, Bing and Yahoo are present in iPhone 4 and you can select any.

— After iPad, iBooks app is also coming for iPhone.

— The eighth and last important feature introduced by Steve is iAds. The main purpose of iAds to help the develops to earn money. So now you will see different ads on you iDevices like iPhone, iPod, iPad.

— iPhone 4 16GB and 32GB models will go on sale June 24th and pre-orders start a week from tomorrow.