Earlier this month the Korean Communication Commission issued a ban on iPad because it had not complied with the rules. There is good news for Koreans and for all those who are planning to visit Korea with their iPads; and it is the uplift of ban on iPad. 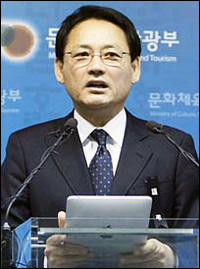 During a news conference the country’s minister of culture, tourism and sport showed the iPad and demonstrated its ibooks funtions.

It’s convenient and easy when I do it with this (iPad),” Yu said.

On Tuesday South Korea has assured that iPad will be certified soon and tech enthusiasts and businesses would be allowed to import/bring ipad in the country.

On the other hand Apple has not announced the official launch date in Korea. If you remember, the South Korean customers waited for two years for the launch of iPhone.