As Android 4.4 KitKat release is approaching, more and more leaks and rumours are coming out in the wild. This time the stock phone app and messaging app of the upcoming android version leak. 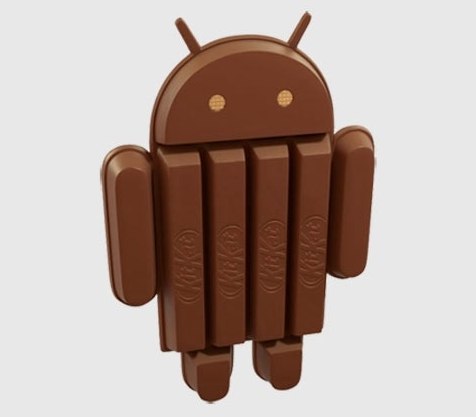 Previously we shared the screenshot of lockscreen, but we didn’t know anything about what is changed beyond the lockscreen. The recent screenshots give a clear indication that Google is also working to introduce sleeker and cleaner looks for the stock apps just like Apple did in iOS 7.

The phone app is totally redesigned. The numbers are of light blue color on white backgroud.  There is also a search option at the left-bottom. I don’t know why it is there especially when there is already shortcut to Contacts on the upper right corner. 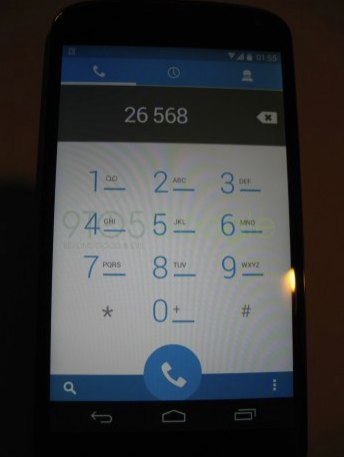 Similarly the messaging app in android 4.4  is also different from the previous versions. The search option is now available on the upper bar, providing a one-tap option to search anything from the messages. 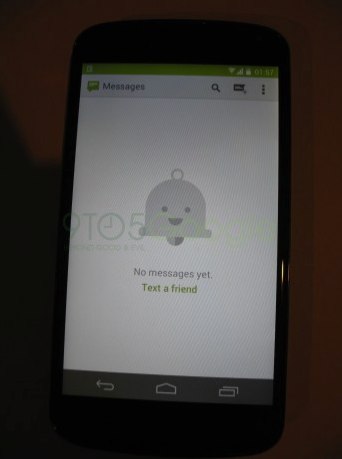 If we closely see, we also find a different color status bar. I think the status bar color will also change now with the change of the wallpaper, or is it indicating that the improved systemwide color schemes are coming in KitKat.

There are strong hints that Google will be unveiling next generation Nexus 5 in October and if they follow the tradition, they will also be releasing Android 4.4 in the same event. I think Nexus 5 will be shipped with Android 4.4 Kitkat preinstalled.