We already knew that Foursquare Lab. Inc was working on a new app that would contains the features of their existing app along with more features. Finally the app, Swarm, is now released in both android and iOS stores.

Swarm application takes your presence to next level now. Instead of simple check-ins and  mayoral system, you can now also engage with your friends in most purposeful manner. The main concept behind this app is let the users know which friends are near you and what interesting things you can do with your friends today. 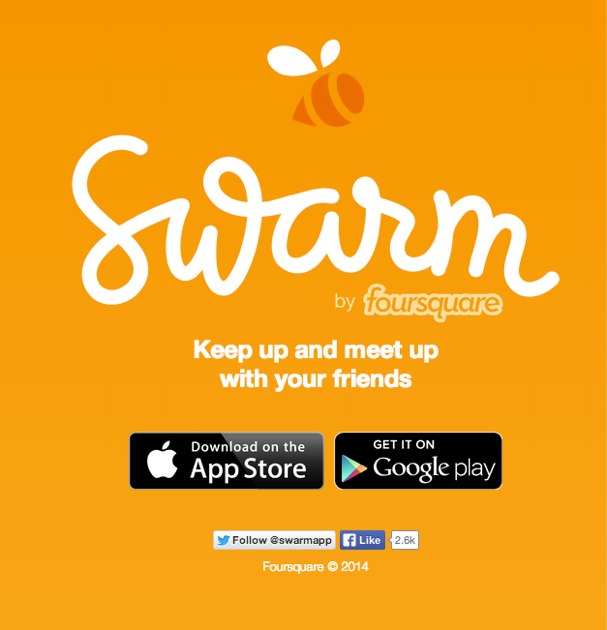 Initially released a simple Foursquare app for only 50,000 users, the folks at Menlo Park wanted to deliver something new to their over 50 million users who check in places, post reviews and engage with others. In Swarm, the existing features of Foursquare are also transferred to the new app while providing the new ways of fun. The other big difference between Swarm and Foursquare is, from privacy perspective, that now you have more control on who to share your location with. The app won’t give the exact location to your own friends until you allow the app to do so. Alternatively you can completely hide your geo-position from some friends if you want to do so.

• Insights. You guys have told us you love the little nuggets of insight we serve up after each check-in, like “Your 4th week in a row at your gym,” or “Your first time hanging out with Jason in 3 months.” These will continue to be an important part of Swarm.

• Stickers. In the new Swarm, we built a bunch of stickers you can attach to your check-ins to quickly express how you feel or what you’re doing. (Don’t worry, they’re all free!) We’ll give you a few to start off with and, as you go out and explore the world, you’ll unlock more based on the places you visit. (Hint: try checking in at lots of different types of places to unlock new ones!)

• Mayors 2.0. We wanted to get back to a fun way to compete with your friends instead of all 50,000,000 people who are on Foursquare. With these new mayorships, if you and a couple friends have been checking in to a place, the person who has been there the most lately gets a crown sticker. So you and your friends can compete for the mayorship of your favorite bar, without having to worry about the guy who is there every. single. day. Mayors 2.0 means that places can have many different mayors, one for each circle of friends, instead of just a single mayor at each place.

• Surprises. We’ve also hidden a few other surprises in the app, but we’ll let you find those 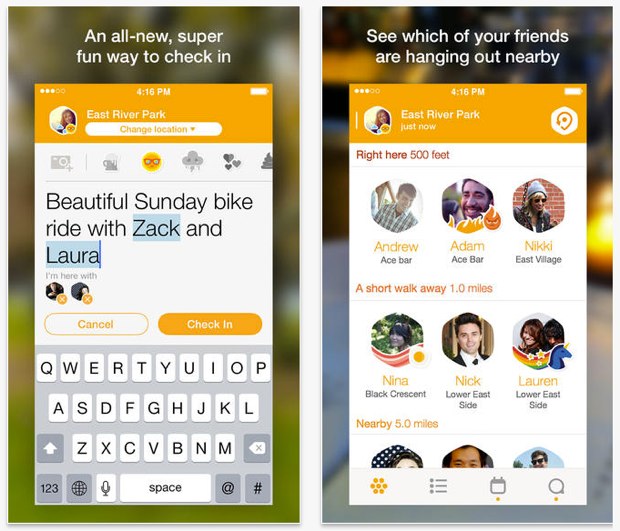 If you are already a user of Foursquare app, I think you won’t hesitate to download and check this new app for your android or iPhone device.

As a side note it is imported to be stated that any location based apps drain a lot of battery due to continuous usage of GPS radio, so the same is the case with Swarm. The official warning is also present on the download page of Swarm on App Store.

– A note on battery – We’ve spent years developing the location technology that powers Swarm, making it extremely power efficient. But, as with all apps of this type, please note that continued use of GPS running in the background can dramatically decrease battery life.

So if you are not using this app or any other location dependent app, keep your GPS radio turned off in order to save the battery.