Here is another update from TaiG team for iOS 8.x – iOS 8.4 jailbreak. The new version 2.2.1 fixes some security flaws, mainly “setreuid” which allows apps to gain root access on the devices.

Update: There is a new version of TaiG available. Though it doesn’t contain any new features, but it does include the new version of Cydia. Get it from our TaiG download page.

If you didn’t jailbreak your device, you should download this recently released update and try it. If this version doesn’t work for you, you can give a try to the previous version and then install the update from the Cydia store. 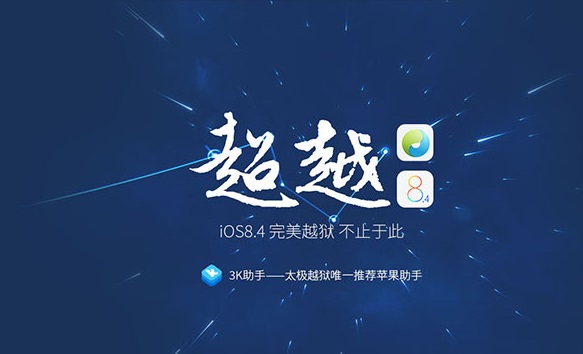 There are, in fact, two ways you can use to get this TaiG update on your device. The first way is for those users who are still running the stock iOS 8.4 version and never run any jailbreak like TaiG 2.2.0 or PP jailbreak. The second way is for those who are running any iOS 8.x version jailbroken with the previous version of TaiG.

This method is very simple. All you have to do is to download the latest version of TaiG and run it after connecting the device with the PC. Before you perform this step, it is always recommended to back up your device either with iCloud or iTunes.

The steps are same as we have mentioned in our previous post.

If the device is already jailbroken with any previous version of TaiG and now you want to get the latest update, you can either re-run this new version on your device or install the update from Cydia store. The latter method is more convenient and simple than the for one. 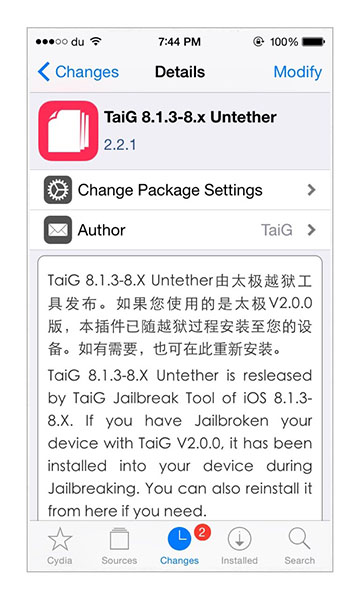