iFixit takes the credit again by providing us the inside mystery of Apple’s newly released MacBook. The new model contains six lithium-polymer battery cells which occupy a large space inside the enclosure.

As we know new MacBook Air has got 64 GB onboard memory which consists of four 16 GB memory chips. Inside the enclosure the tiny logic board is the most important component of the Book and this is the first thing every user wants to know about before he buys any gadget. 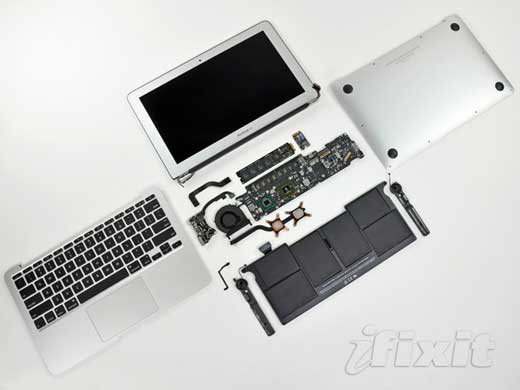 The tiny logic board contains: 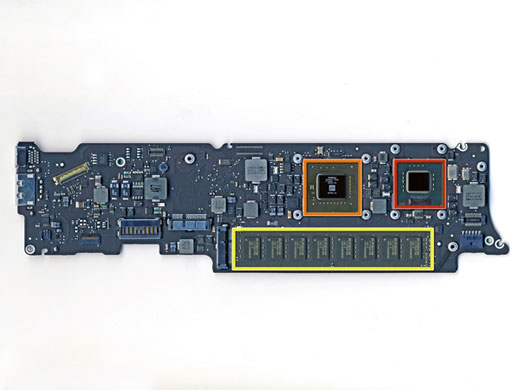 These new models don’t contain any optical drive and to re-install the softwares a right-only USB flash drive is included. The 8GB flash drive is also bootable which will be very handy in case you come across any trouble. 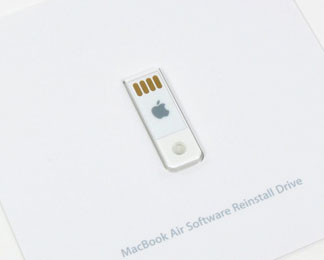 With the release of this new 11.6-inch MacBook Air model, Apple has chosen not to call it what it really is, an Apple netbook. The iPad was supposed to be Apple’s answer to the netbook, but I think this fits the bill much better. It’s a full-fledged Mac with a tiny footprint and Apple has lowered the price about as low as they’re going to go. With instant boot times and an attractive feature sets, I think Apple has raised the bar once again on what a compact notebook computer can be. I think my next MacBook might just be this model or the 13.3-inch one. Tough decision.