Update: Originally this post was written before the release of iOS 7 but now as iOS 7 jailbreak is already in the town so I decided to update it with the latest free cydia tweaks and applications compatible with the latest iPhone 5S, 5C models. The below two paragraphs are from the original article and I am leaving them as they are for those users who are still using iOS 6 or for those who have bookmarked this page for iOS 6 tweaks. I may remove them later any time. You may skip them and continue reading if you own a device running on iOS 7 + (up to iOS 7.0.5).

If you are looking for some best jailbreak apps and tweaks for your iPhone 5 just before the release of iOS 6 untethered jailbreak, or if you landed on this post after you have jailbroken your device, here are few best and free tweaks and applications found in Cydia Store for your iPhone 5, iPhone 4S and iPhone 4/3GS.

As we know iPhone 5 iOS 6.1 untethered jailbreak is few hours away if everything goes according to the plan of evad3rs team. Meanwhile, this is the best time to get some valuable information regarding the best free stuff you can install on your device. 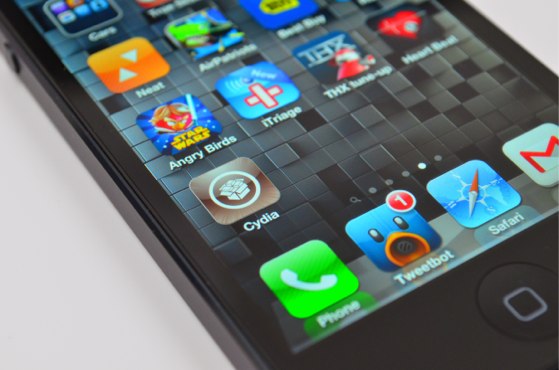 This list contains mostly those apps which I have ever used or using right now on my iPhone. If you want us to include any other free app in this top list, you can tell by using the comments section below. The paid version will not be included in it.

iFile is one of the best file explorer for iPhone. This app is free as long as you want to use it free. However, you can purchase it too to help the developer in terms of money. It is my favourite app. You can use it to search any file, edit it and change the values etc. One of its features I like most is its ability to connect with any PC/device through WiFi. Using this feature we can transfer files, photos etc without using data cable. iFile app is available in two flavours. The free version contains all the basic tools of any best file explorer whereas the paid version contains some advanced features.

Activator allows you perform different actions by using multitouch gestures. You can also invoke different apps and actions by controlling the hardware parts of your iPhone, like triple press of home button, double press volume up, long press sleep button, short press sleep button and so on. You can lock your phone by simply taping status bar, go to home screen by double-tapping status bar, go to next song by giving a long-press to volume up/down etc. In fact it provides endless possibilities. Explore them and use them according to your need and requirement.

WiCarrier is one of my best tweaks. I always install it on my all devices. Though its function is very simple but very handy. It replaces the network name present in the Status bar with the WiFi network name currently the device is connected to. With this tweak I can easily see which WiFi router I am connected to without going to Settings -> WiFi. If iPhone is not connected with any WiFi or WiFi radio is turned off, it shows the usual carrier name.

It is one of the most popular tweak in cydia store. It supercharges your messaging app. You can reply to message from anywhere in iOS, mark the sms READ. You can also perform some features which are missing in native app like scheduling of SMS. This app also comes in free and paid version. The free version show a small banner after 7 days trial period. By purchasing the license of full version, you can remove these ads too.

Bigify allows you to make the homescreen icons either bigger or smaller. You can also rotate them to give them an angle. With this tweak one can remove the icons’ label too.

Cylinder is rather a new tweak to add different transitions and effects to icons while flipping the homescreen pages. It is just like barrel but with a lot of options to customize the output. Barrel is a paid tweak but this one is free. However, it is still not available under any default repo. You have to install it from a private repo. 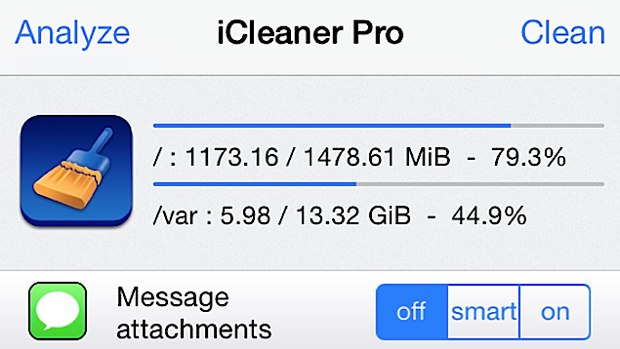 If you are getting low space warning on your iPhone, this tweak may help you to get few MBs back without deleting the most-wanted files and applications. You can delete different types of caches like Safari cache, applications cache, attachments and messages to free up more space. It is still under beta testing and not available in common cydia repos. But you can get it from http://exile90software.com/cydia/beta/ before the official release.

The BatterySafe is deft tweak to manage the battery when it reaches to its end level. When you see low-charge level warning, this tweaks comes in action and automatically disables all those radios which require a lot charge like WiFi, bluetooth etc.

If you own an iPhone 5S, Virtual Home is a must-have tweak for you. After installing it on your device, you won’t need to press the home button. Simply give a little tap to home button and it will work as you pushed it. Tap-and-hold features fires up the switcher and you don’t have to double press the home button. I highly recommend you this tweak.

Winterboard is that app which is closely attached with jailbreak. Apple doesn’t include any option change the theme of your iPhone. The only thing you can change is its wallpaper. But with winterboard you can give a new life to your device by installing different types of themes from the cydia store.

RrecordMyScreen is an handy tweak which allows the users and developers to show off their apps and different tasks running on their devices to other people. After binding it with activator, you can invoke it anytime with a simple gesture.

If you don’t like the current look of messaging app in iPhone, you can change it with this Message Customizer tweak. It can be used to change the color of bubbles, messages, background etc. You can also decrease / increase the bubble opacity and app tint. It is available free of cost.

F.lux changes the colour of devices according to night and day time to give a smoother experience and help reduce eyestrain.

The below mentioned tweaks are not tested on iOS 7. Some of following tweaks are either not updated yet or these are not as useful as these were on iOS 6 and previous versions. If you are still running any iOS 6 or below firmware, you can use them.

Before the introduction of Notification Centre in iOS, SBSettings was one of my favourite app. It gives you quick access to iPhone Settings within leaving any app. You don’t need to exit the app and launch Settings.app to enable/disable the system settings. All the toggles are present at one tap by using this app on your iPhone 5 and other iPhone models.

If you are a true internet browsing fan, this tweak is for you. It enables you to open more than 8/9 tabs on your iPhone/iPad Safari. By default, when you open more than 9 tabs, the last opened tab is automatically closed. Tab+ gives your freedom to open as much tabs as you want. But I will suggest you to close the unused tabs to recover the memory, otherwise your iPhone may react slow after opening so many tabs.

NCsettings is a good alternative of SBSettings. If you love minimalism, this app is for you. It adds a sleek bar in the notification centre where you can control the common Settings toggles with one tap.Though it is not a function-rich app, but still very handy.

I always keep this little tweak installed on my iPhone. It hides the “Slide to Power off” option and prevents the intruders to turn off the device. If anyone steals an iDevice, the very first thing he’ll do is to shut down the phone if the device is locked. But this tweak won’t let him do so. To turn off or to restart the device, you can use NCSettings or SBSettings.

Do you hate extra taps when the same job can easily be done with one single tap? FastClear gives you one-tap solution to clear the notifications from Notification Centre. It replaces the cross symbol (X) with CLEAR button so that you don’t have to wait for another tap to remove the notifications.

A simple tweak which kills all the apps running in the background. A new button is added to the AppSwitcher for this purpose.

Do you want to use Google Now instead of Siri? NowNow tweak replaces Siri with Google Now.

Ipsum allows you to remove the Notifications even when the device is locked. You don’t need to unlock the device and remove them. Simple clear the alerts from the lock screen after installing this tweak.

Besides the hype created by Apple about their new Maps app, I still love Google maps. One reason is that it provides accurate and finer details for the area where I live. MapsOpener tweak opens the maps links in Google maps instead of default Apple’s Maps App.

AnyAttach: Attach any file to email

Ask to Call: It ask for one more time before dialling the number.

This list is a good one to start your first day of jailbroken iPhone. There are a lot other free tweaks available in the Cydia store. If you are using any other tweak which you think should be included in this list, please share with us.