Update: Read the update at the bottom of this post. 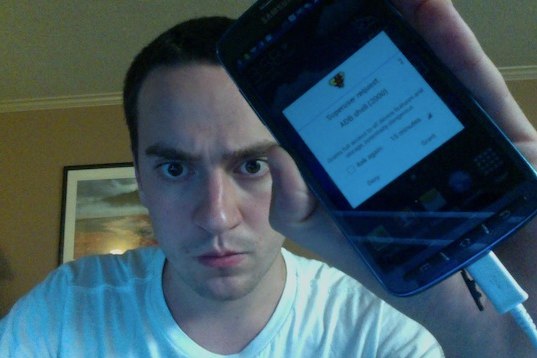 With every update, the genius people behind Android OS patch the existing exploits and make the rooting and unlocking of the devices difficult. Added on that, Samsung is also using its own KNOX security level to make the things complicated. But GeoHot has managed to find a new exploit which would make these devices rootable for life as the towelroot is an hardware based exploit and could not be patched in the software update.

If you are an old android user and have successfully managed and used any rooted android device, you already know that android rooting gives you a lot of options to customise your phone. You can install custom ROMs, uninstall the factory installed applications, flash a custom kernel, boost up the speed and battery life and unlock the hidden features and install the “incompatible” applications.

There are a lot of applications in the Play Store which are only useful to their maximum level after you have a rooted device. 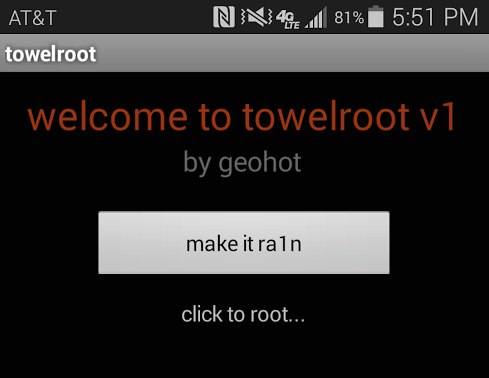 GeoHot has confirmed in a thread at XDA-Developers forum that he is throwing a party and you should come.

Don’t worry, you don’t have to leave your houseWhen: 10 AM PDT tomorrow(6/15/14)Where: In this thread, in #towelroot on freenode, and at towelroot.comDefinitely invited: AT&T GS5, Verizon GS5, GS4 Active, Nexus 5May have some troubles at the door but invited: AT&T/Verizon Note 3Possibly invited: Every Android phone with a kernel build date < Jun 3Stay tuned right here for updates. I’m coming for that bounty.

If you don’t know there is $18,000 bounty offer for that person who first manages to root the Samsung Galaxy S5. What I think is that GeoHot is going to win this bounty today.

If you have got any of above mentioned android phone and you want to root it, stay tuned to this site. We will keep you updated when the towelroot is released and available for download. The complete step by step method of rooting is also coming soon.

It is very important to let you know that rooting voids the warranty of your device. So, don’t try any rooting method if you want to keep the warranty intact.

Update: Geohot has finally released this tool. You can get the download link and step by step “How to” guide here.