The title itself may make you read it twice. Nevertheless it is true. A new jailbreak tweak called PhoneItiPad is going to be available in Cydia soon and it will allow you to turn your iPad 3G into a fully functional phone that is capable of making calls, sending text messages and even making FaceTime calls. Excited? We are too. 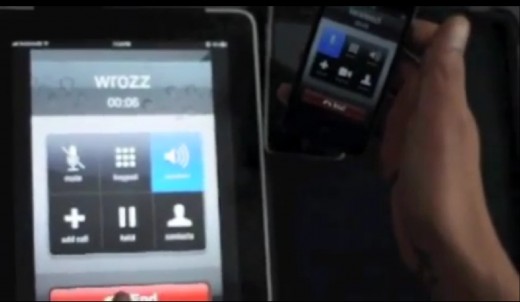 As you can clearly see from the screenshot above, a first generation 3G iPad is making a call, similar to how an iPhone does. ﻿﻿PhoneItiPad is being developed by the folks over at iPhoneIslam, yes those very people that developed Facelt3GS.

These folks claim that you won’t need to do any hardware alterations in order to turn your 3G iPad into a calling, texting phone. Once you install this tweak, it will make FaceTime calls, send sms messages and allow you to make phone calls just like any normal phone would. Once again, it should be kept in mind that only first generation jailbroken 3G iPads will be able to use PhoneItiPad, as the iPad 2 can’t be jailbroken right now.

Developers of PhoneItiPad solemnly believe that this tweak which allows you to turn iPad 3G into a phone is “a hack that will change the game.” Regardless of that, the team hasn’t revealed any exact release date for PhoneItiPad and they just say that we should expect it in Cydia soon. Till that happens, check out the video to see what exactly PhoneItiPad will do for you and your 3G iPad once it is released.