Earlier we got a leaked image of ultrasnow 1.0 -1, a new version of ultrasnow to unlock iPhone, 3G and 3GS on iOS 4.0/4.0.1, from Sherif Hashim’s album who is a iPhone Baseband hacker. Though the image has been deleted, but here we have another confirmation.

planetbeing, who leaked the iphone 4 unlock information and then posted a video of iPhone 4 carrier unlock too, just tweeted that iPhone 4 unlock will be released to night.

Unlock will be out tonight, no worries.

According to the leaked image the new unlocking tool will be ultrasnow  1.0 – 1, but there are chances iPhone Dev Team might change the name and version in the final release of unlock tool. 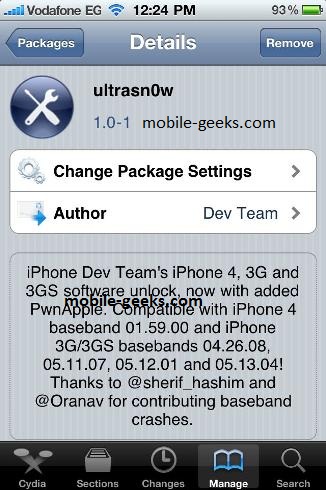