Samsung and Apple have been on the war line since a couple of months. They have a kind of patent war going on. Just a couple of weeks ago, Apple sued Samsung for infringement of Apple’s patents, and eventually succeeded in banning Samsung’s Galaxy Tab 10.1 in Germany. Samsung responded by giving a report to Korean Times saying that they would sue Apple soon, and it was proved that Samsung was right, as just yesterday  Samsung asked for a permanent ban on Apple’s 3G products in the Netherlands. Well, now Samsung is receiving support from the top service provider of the US, Verizon against Apple. 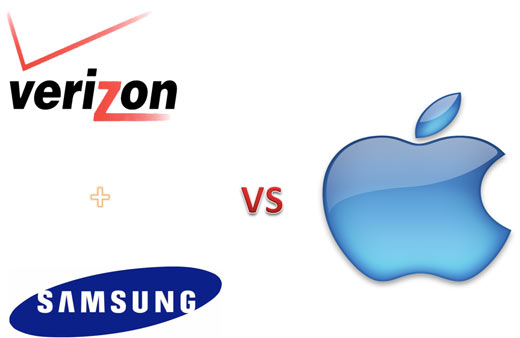 Verizon, the largest wireless operator has submitted a request to the United States District Court for the Northern District of California to file an amicus curiae, or “friend of the court,” brief in support of Samsung, Florian Mueller of FOSS Patents reports. So now this brief would give Verizon the opportunity to intervene as a third party in the case, and thereby help Samsung against Apple’s lawsuits.

The carrier argues that such an injunction “would hinder Verizon Wireless in developing and deploying its next generation high-speed LTE [fourth-generation] network, the job growth dependant on that network, and will undercut key public policy goals, including expansion of American’s [sic] access to broadband networks and faster communication with emergency personnel.”

This would give Samsung an overwhelming support against the tech giant, Apple as Verizon is currently holding the largest market shares in the mobile telecommunication industry and even holds 23.9% of US iPhones, so it could make troubles for Apple.

Currently, the Verizon holds around 51% market shares. You can have a look at this graph. 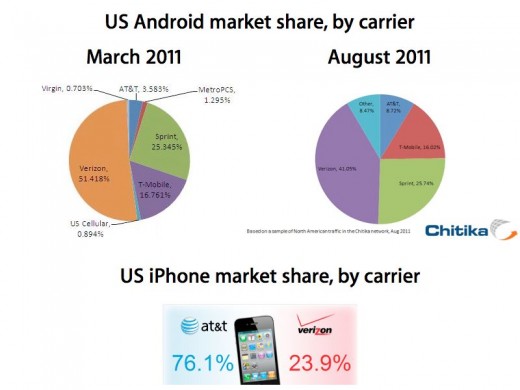 Now, lets see what Apple does in response to this Verizon-Samsung defense plan. Although, it could damage market shares of Apple a little, but judging  Apple, it does not has much to care about. (via AppleInsider)