Early Verizon iPhone 4 reviews are hitting the web. Top tech sites and writes who have been playing with this CDMA iPhone 4 are saying one thing in common in their reviews – AT&T iPhone 4 is faster for data and can handle voice and data simultaneously but Verizon iPhone 4 is better in sound quality and has more reception in many places.

If you are planning to get CDMA iPhone 4, here is the summary of reviews from top tech sites. 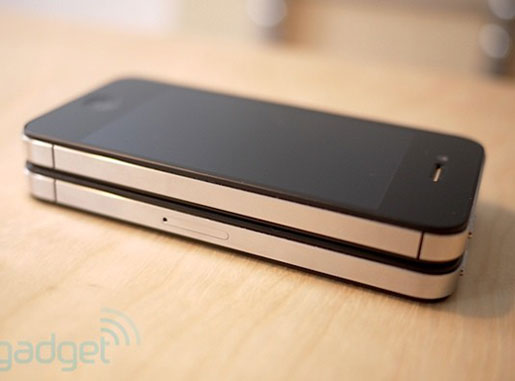 It’s the same phone. The only difference is the network. And Verizon’s network is better.

For data, AT&T’s network is faster, exactly as advertised. I used two apps to test data networking speeds over several days: Speedtest.net and FCC Mobile Broadband. These are the average results:

The Verizon iPhone, at this moment, also has one unique feature: Wi-Fi hotspot tethering.

While the phone does basically look identical on the outside, there are a few notable changes. The first of those changes — and most pronounced — is the shifting of the iPhone’s antenna notches (the little black bands that intersect the frame of the device).

Apple has also slightly shifted the mute switch and volume buttons to accommodate the antenna changes, and of course there’s no SIM slot.

Bottom line: In my tests, the new Verizon version of the iPhone did much better at voice calling than the AT&T version, and offers some attractive benefits, like unlimited data and a wireless hot-spot capability. But if you really care about data speed, or travel overseas, and AT&T service is tolerable in your area, you may want to stick with AT&T.

The new iPhone is just that: a new iPhone. AT&T and Verizon use different technologies, and a phone that runs on one company’s network can’t run on the other’s. Still, the two handsets have the same dimensions, display and user interface, and the physical differences are minimal. The Verizon version has no SIM-card slot, the black bands in the metal rim that serve as the antenna are in different places and the mute switch is slightly lower — meaning that some existing cases may not fit right.

For more reviews for CDMA based Verizon iPhone 4, see the following links: