After reading the title of the post you might think, … oh no, Verizon iPhone thing again!, but Boy Genius Report claims that both Apple and Verizon are all set to launch CDMA iPhone 4 on February 3rd.

The main point in this report, according to BGR, is that Apple’s “Employee Blackout” dates are scheduled this year from February 3rd to February 6th in several regions of the United States, suggesting that a major launch is coming for that weekend. 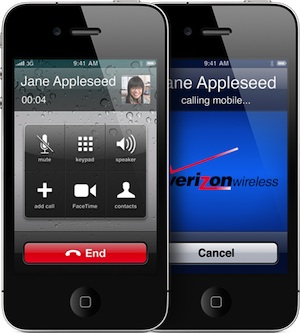 BGR has confirmed with a source close to Apple that the company has blacked out employee vacation requests between February 3rd and February 6th – Thursday through Sunday. The four-day vacation freeze has been confirmed to be in effect in several regions in the United States. A recent report suggested the vacation black-out would cover a period of three weeks beginning in late January and extending into February, which still could be true in some regions.

The report’s source has not confirmed that the Verizon iPhone is in fact the device apparently being launched in that timeframe, although it certainly seems to be the most likely candidate at this time, and the apparent Thursday debut at the front of that window is a common day of the week for Verizon product launches.

There are also a couple of other tip reported by some reliable sources claiming that Verizon iPhone 4 may just be around the corner.