VLC for iPhone has been submitted for approval and it won’t take much time because the same app for iPad has already been approved last month. In fact the VLC for iPad is redesigned to work on all idevices running on iOS 4.

Though the iPhone version doesn’t play all the formats as its desktop version does, but it expands the options for Audio and Vidoe on iOS Apple devices. 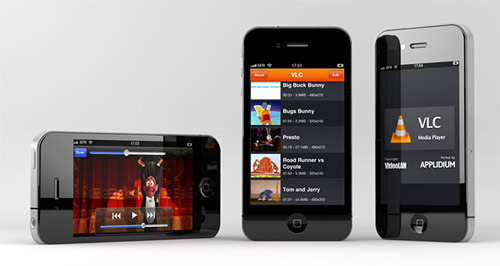 The free app has been reworked to take full advantage of the A4 chip found in the latest iOS devices, allowing better playback of most video files. The developers caution that hardware acceleration is not enabled for 720p playback, though performance should be improved from the previous version. Audio and video files are transferred to VLC via the “Apps” tab of iTunes.

Before you download the actual app, watch her the exclusive hands-on video of VLC Media Player for iPhone by9to5mac.