Wikileaks App for iPad and iPhone, which was approved last week, has been removed by Apple from App Store. Wikileaks app gave the instant access to top-secret and confidential government documents on the screen of your phone.

Techcrunch contacted Apple and the developer for the app to comment, but so far only the developer has responded saying that the Apple has changed the status of the app to “Removed From Sale”. 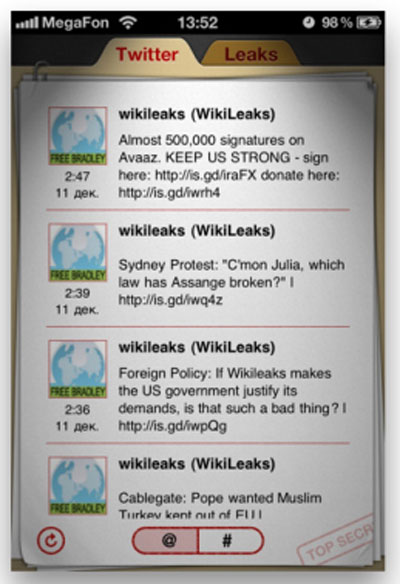 As the title of this post shows it was an unofficial app for WikiLeaks.org but the developer, Igor Barinov, was donating half of his profit to WikiLeaks. If you don’t know, the Wikileaks app sold for US$1.99.

There are sure to be many questions about why Apple approved then pulled the app in the days to come, but I would love to know what’s more worrisome for Apple: the potential pressure/sanctions from various governments if they didn’t pull the app, or the fact that the Cupertino company has now probably really,really irritated Anonymous Group of Hackers.

This screenshot sent by Igor Barinov to Techcrunch confirms the removal of the app: 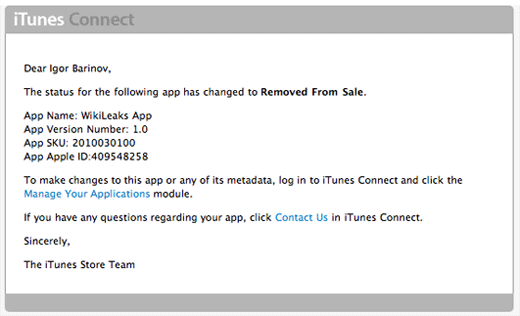 Stay tuned to this blog for latest updates on this issue. You can also follow us on Twitter or join our Facebook fanpage to get the instant updates.