The Metro user interface from Windows Phone received many positive reactions from the press and consumers. Inspired by the look and feel of Windows Phone 7, Microsoft is expected to launch Windows 8 with the Metro UI.

Folks at WinFuture got their hands on a leaked copy of Windows 8. It appears to be Windows 8 Build 7955, and early preview of Milestone 3. 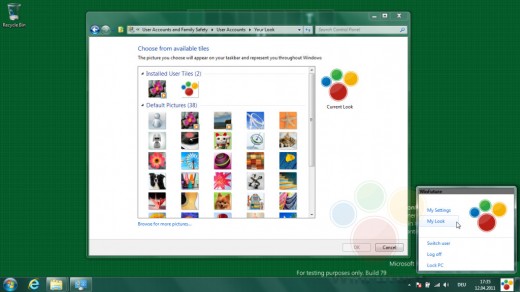 The screenshots and video included reveal a revamped logon screen, a revised taskbar including a user icon, metro UI, ribbon interface, and several minor improvements. The video is embedded below, and additional screenshots can be seen at the gallery at WinFuture.