The new Winterboard version has been released now which supports iOS 7 fully. It is also compatible with ARM64 devices like iPhone 5S.

Winterboard is an application available through Cydia store, exclusively for jailbroken devices only, that lets you change the appearance and look of your iPhone from every corner. It lets the third party developers to install their themes on the devices.

Winterboard gives a safer method to apply the changes to .artwork files without touching their content. It provides a universal solution to all developers who want to release their themes in the Cydia store.

By using Winterboard, you can change the icons, the wallpaper, and other elements of the iOS 7. However, at present the wallpaper, whether in png, html or any other formats, are not supported on iOS 7.

You may also find few minor other bugs, but overall the app is ready for iOS 7 devcies.

If you want to give a new look to your device by using your favorite theme, you can get it now after installing the updated version of Winterboard.

How to Install Winterboard for iOS 7? 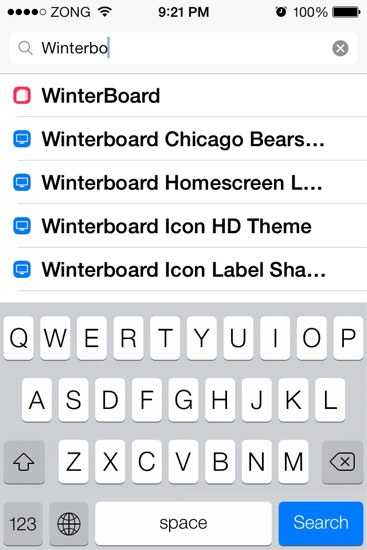 Open Winterboard app and install it. 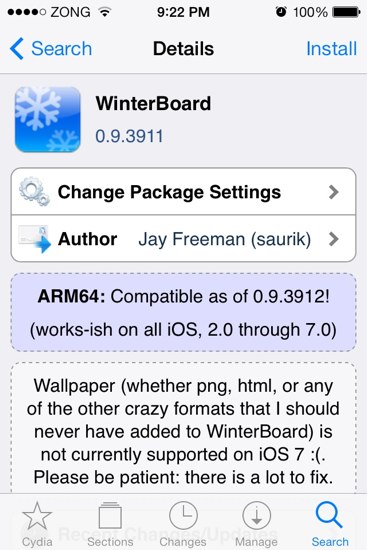