If you have a got a big-sized Samsung Smart TV and a Mac OS X running computer, you can enjoy the content of your computer on to the screen of Smart TV. 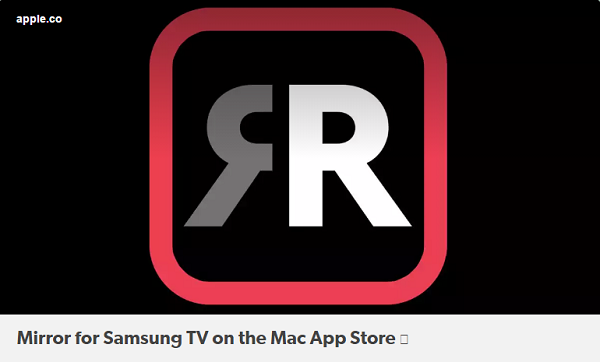 There are different methods to connect the MacBook to the TV and each method contains its own advantages and disadvantages.

The one method is to use a connecting wire/cable which will work as a communication medium between the two devices. All MacBook Pros have a DVI, Mini DisplayPort, HDMI, or Thunderbolt output. You can connect your TV using the output which is compatible with your smart TV.

The main advantage of this method is that you don’t need any third-party software. Secondly, the content transfer doesn’t show any lag in it method.

The big disadvantage of this technique is that you’ll have to keep the Mac computer near to the TV.

2) Connecting Wirelessly as a Media Server:

This is the second method in which you turn your MacBook into a media server and then stream your movies, songs and pictures on the Samsung or any other brand TV. This type of connection can be established without needing any cable. All you have to do is to connect the both devices with the same local network using WiFi router and turn on few functions in your MacBook, or in few cases download a software to stream the content.

This method doesn’t allow us to mirror the screen of the Mac on the smart TV, which is the main purpose of today’s topic.

If you want to mirror the display of your MacBook on Samsung Smart TV without any wires and cables, it is not easy and straight forward. For this purpose, you are required to have another gadget called “AppleTV” which acts as a bridge between MacBook and TV.

AppleTV is connected to a high-definition TV and then using the Apple’s AirPlay protocol, the Mac users can share the machine’s display to the connected television. It is an ideal solution to share the presentations with a larger audience or to send a movie from the computer to a TV, wirelessly.

In case you don’t have AppleTV or don’t have enough money to invest in this gadget, there is an app available for download in the Mac App Store which doesn’t require Apple TV to display out the Mac screen wirelessly.

The app is not free, as it costs $9.99, but comparing with the cost of Apple TV, it is the cheapest solution for this type of task.

The name of the app is “Mirror for Samsung TV for Mac” (Download Here). Once installed, it automatically scans the local network for the smart TV. This app supports all Samsung Smart TVs which are manufactured after the year of 2012. 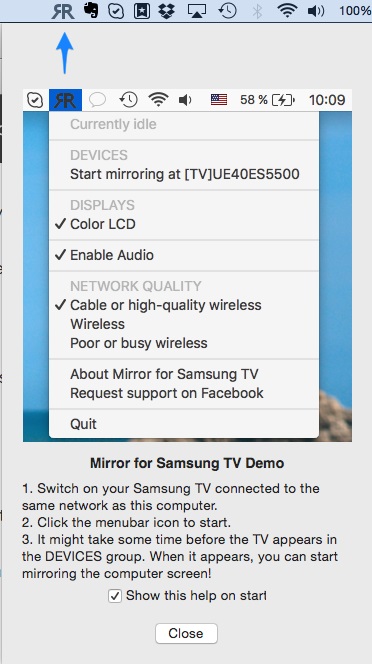 The company behind the app has also released a trial version which lets the users check the compatibility of Samsung TV with App. The trial app can be downloaded from airbeamtv.tumblr.com.