The new version 2.6 of WordPress is released with many new enhancements and it also brings many bug fixes. So, if you are a blogger and have got an iPhone, WordPress App is must-have for you. The developer says:

Attention Apple-gadget-owning WordPress users! Have you been using the WordPress iOS app for iPhone and iPad? Or maybe you tried it a while back and thought it wasn’t for you? Either way, the new release — v2.6 — will knock your socks off. 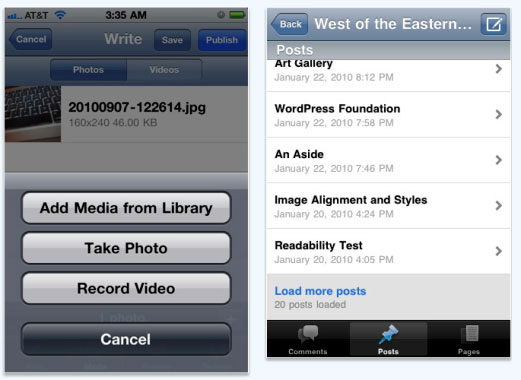 The new changes in this version are: